The original idea for the Orchard came from Richard and Michele Shipman in the Summer 0f 2012, when they were discussing ways that they might create a memorial to her parents in the Park.

Having just finished reading Pam Cooper’s wonderful history of Waterlow Park, it struck them that the thing still missing was an orchard. The Friends had recently opened the Community Kitchen Garden where the old kitchen gardens had been situated, and it seemed like a great idea to take another one of the hedged areas and plant it up with fruit trees.

Having got the blessing of the Friends of Waterlow Park they approached Camden, who pointed them in the direction of the London Orchard Project (now called the Orchard Project), and they arranged to meet with Amber Alferoff, their Project Manager for New Orchards. With their support the idea of the Community Orchard was born – Richard would raise funds from park users, Camden would sanction the use of the land, and the Orchard Project (for the princely sum of £400) would provide eleven trees and training, for planting and maintaining the orchard.

Camden agreed to the use of the hedged area and, at the eleventh hour, had the soil tested to ensure it was safe for growing fruit that would pass into the food chain. Richard raised the princely sum of £645 and the date was set for the planting – February 28, 2013.

On a fine but cold day, Amber and Kath of the London Orchard Project and the Orchard volunteers convened to plant what was now thirteen trees. They were joined during the day by Cabinet Member Tulip Siddiq, Councillor Valerie Leach and Camden Officer Andrew Wright (without whom none of this would have been possible). Pupils from St John’s Primary School in Holloway also turned up to help plant the trees and they will hopefully bring their children one day to pick fruit!

Since then OCS/Fountains gifted the orchard with a further four trees – Cox’s Orange Pippins – that although planted in a shady area are steadily gaining ground.

Here are some pictures taken by Ian Henghes on Planting Day: 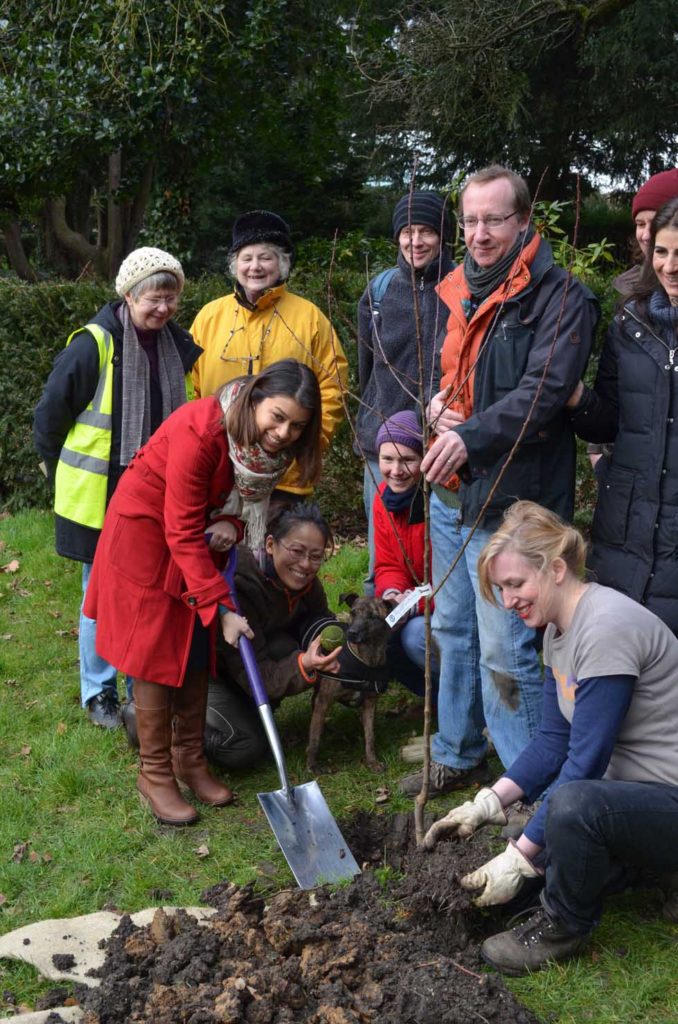 Tulip Siddiq planting a tree, assisted by Amber (LOP), while supporters (& Suzie the dog) look on. 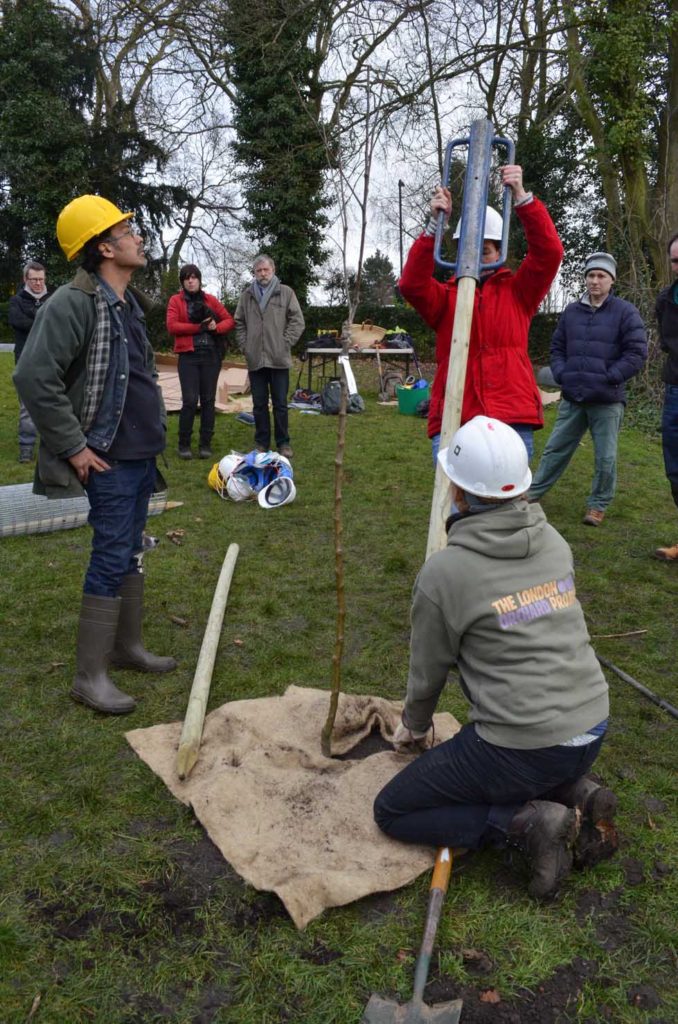 Kath & Amber of LOP hammer in a stake while Hussain ably watches. 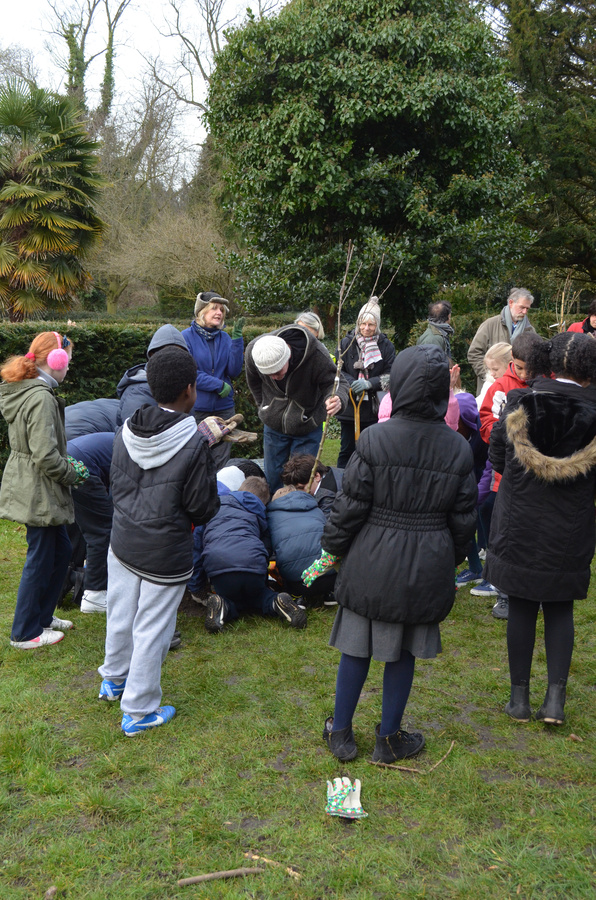 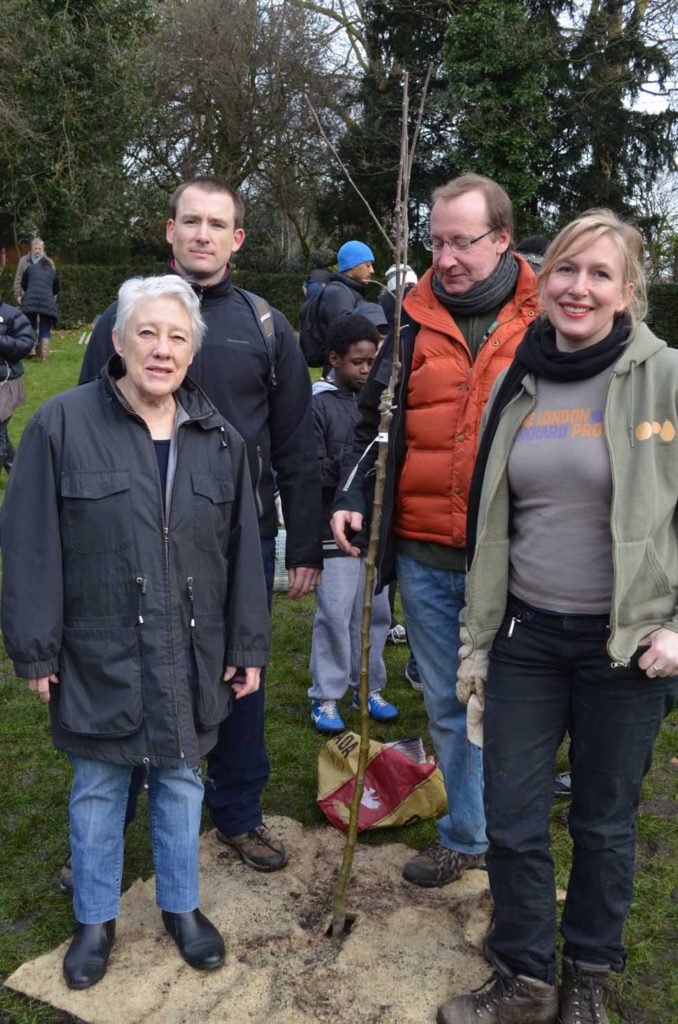 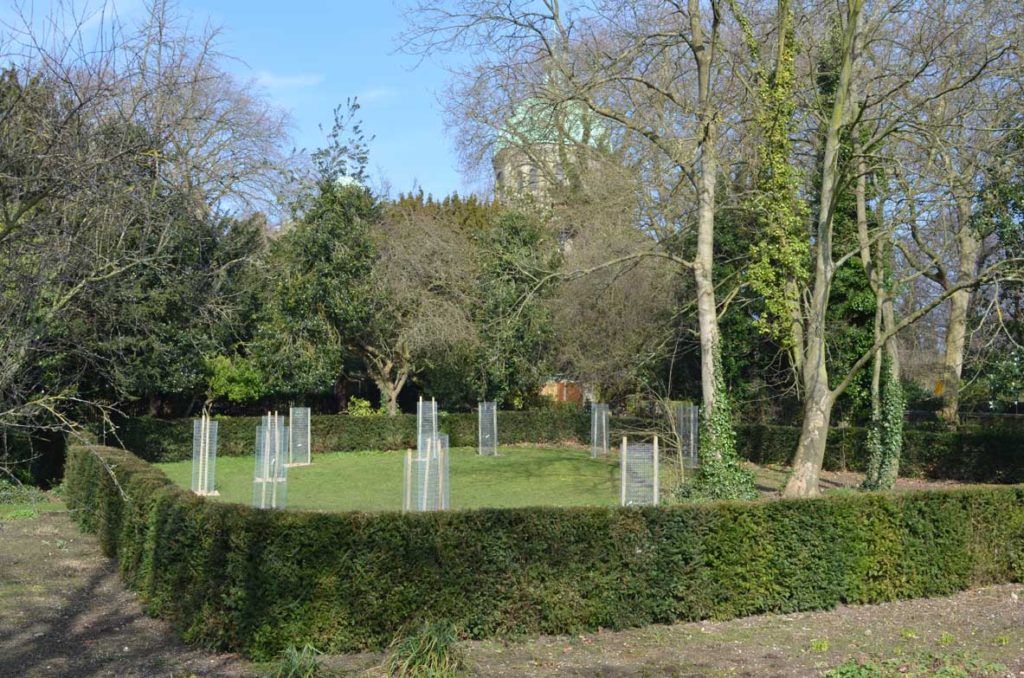 How it looked the next day…

A Labour Of Love

The planting of the Orchard involved a lot of people putting in a lot of effort, a fair bit of money and a great deal of love.

It was conceived as a loving memory to Victor and Doris Afif, and it was also dedicated to Richard & Michele’s beloved Red Setter Cheky who died earlier in the planting week, but the Orchard is truly a Community Orchard and carries the love and commitment of many people. Hopefully, as it produces fruit in future years, many more people will come to love it, care for it and take shared ownership of it. It is for all to enjoy. 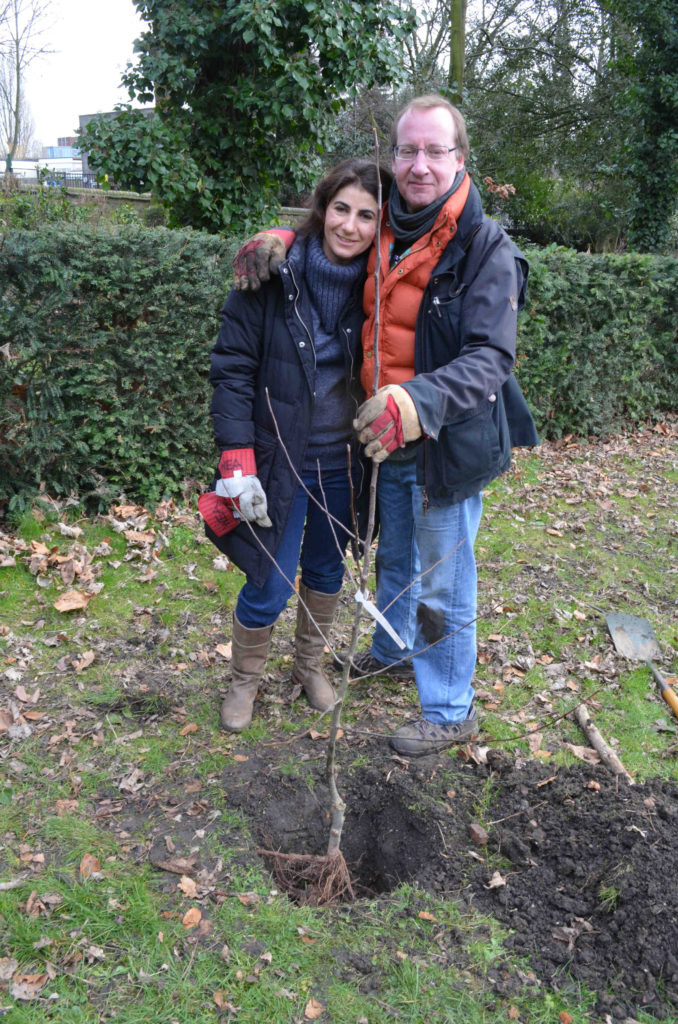