The Kitchen Garden was opened for the enjoyment of the public in the summer of 2011 with plots being run by a number of community groups. The Friends of Waterlow Park were originally responsible for overseeing the kitchen garden but it is now a self-managing group. For further information please contact us.

Surrounded by the original, high, yew hedge, the garden has a quiet and ‘secret’ feeling and many park visitors enjoy sitting in this peaceful spot. The common parts of the garden have standard roses and gooseberry bushes and two large beds are used by the FoWP volunteers as a nursery for young plants for the park.

Waterlow Kitchen Garden has been a great success. The partnership between Camden Council and local community groups has made this food growing project a productive exercise in community development and collective working. Everyone involved takes pleasure in the work, the harvests and the garden. For a number of years after it started, the Kitchen Garden participated in the annual London Open Garden Squares weekend in June. 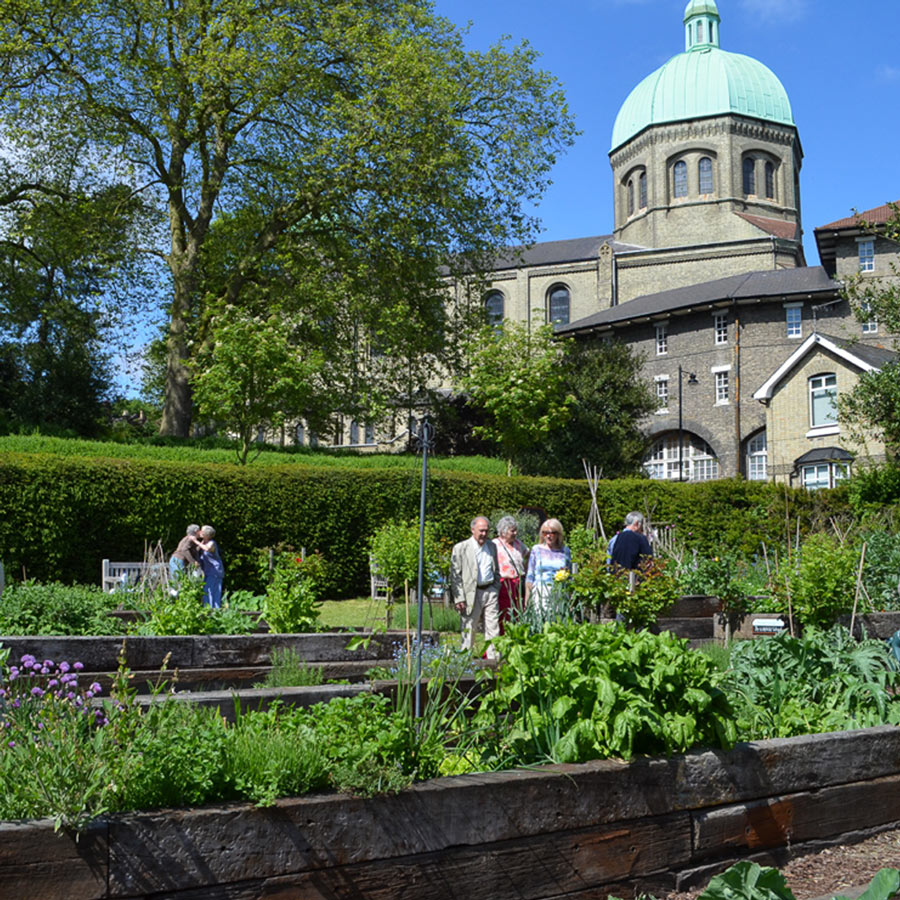