Camden Council are reintroducing BBQs in the Park from early August. Barbecues are only allowed in two strictly limited areas in the west and south of the park, easily reached from the Swains Lane Entrance.  These are marked on the map. 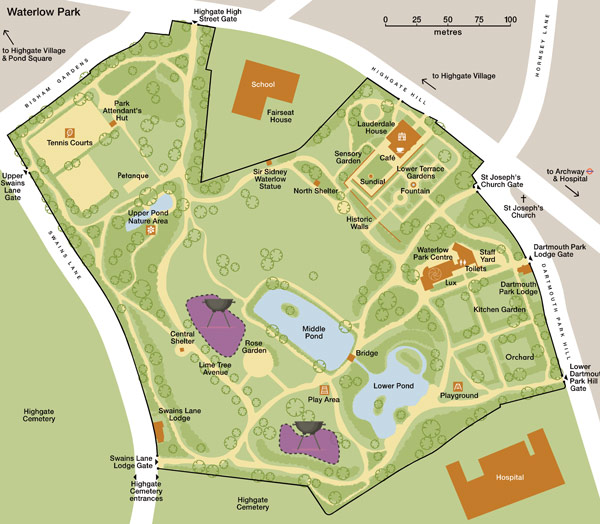 We know that BBQs are controversial and the Friends of Waterlow Park would be pleased to hear your views which we can pass on to Camden Council.

Let us know what you think


If you need to report something that needs specific action contact Camden: parks.officers@camden.gov.uk

BBQs can cause problems for the park environment and other users so Camden has set some important rules you should follow so that the park is protected and as many people as possible can continue to enjoy this precious green space.

The Park has remained open throughout the pandemic thanks to the hard work of Camden, the idverde gardeners, and the active community of Friends. This is your park and your considerate use of the space and respect for others are more important now than ever. Please, if you have not already joined us, become a Friend. Your support is vital.